At the twilight of a huge musical career, American-Senegalese singer Akon is more than ever involved in Africa. After investing in solar energy on the continent, the star has embarked on the creation of its cryptocurrency and also plans to create in Senegal a futuristic city he describes as “a real Wakanda.”

On April 3, Senegalese President Macky Sall received Akon at the Palace of the Republic. “I came to congratulate the President of the Republic and say that I am willing to work with him. I put all my resources and my team at his disposal, “said in an almost perfect Wolof the American star of Senegalese origin. The singer had also come to present an investment project in agriculture and energy.\ 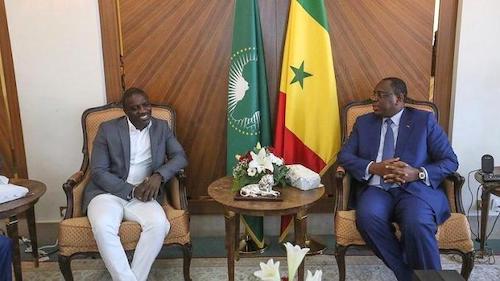 “I came to congratulate the President of the Republic and to say that I’m willing to work with him.”

He also took the opportunity to talk to the Senegalese president of Akon Crypto City, his futuristic city project inspired by Wakanda, fictional country of the blockbuster Black Panther. Conquered, Macky Sall decided to grant 2000 hectares of land, on the outskirts of Dakar, to the artist for his futuristic city.

Conquered, Macky Sall decided to grant 2000 hectares of land, on the outskirts of Dakar, to the artist for his futuristic city.

For Akon, this will be another opportunity to deny the claims that his various initiatives were purely interested and prove that the future of Africa is really close to his heart.

“At the stage where I am currently, I only want to get into business that will help people. I am in a privileged position with ways to make differences and change lives. So why not do it and make money at the same time? ” For Akon, you can do business and make money by improving lives. This vision of entrepreneurship, the star defends since 2014 and the launch of Akon Lighting Africa, an initiative to electrify Africa through solar energy. 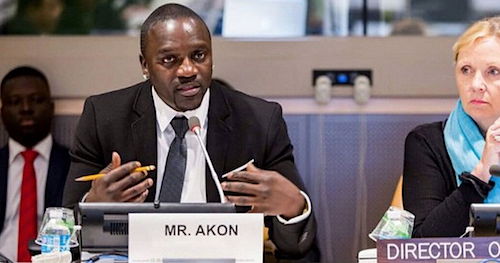 “We used our own money in the beginning.”

“We just started creating solar energy for rural areas and homes, with no idea behind the scenes. We did not even ask for money from the countries concerned. We used our own money at the beginning (between $ 100,000 and $ 200,000 for the installation of a pilot program in a village, editor’s note). Yet his initiative had made many skeptics. First because of his musical career. “A lot of people were saying, he’s a musician, what can he do in the field of energy,” Akon said in an interview. Then there are those who thought that his goals were purely lucrative. But the artist assures, Akon Lighting Africa is above all his way to participate in the development of the continent. “I do not think charity helps Africa. I think the only way to build this continent is to build businesses that generate significant revenue and create opportunities for local people. ”

“I do not think charity helps Africa. I think the only way to build this continent is to build businesses that generate significant revenue and create opportunities for local people. ”

But the story behind the creation of Akon Lighting Africa has a more distant origin. It goes back to the childhood of the American artist, passed to Kaolack in Senegal, where the problems of electricity were well known.

An African born in America

When you hear Akon speak Wolof, one of the most used dialects in Senegal, with a strong American accent, you want to ask in which language the star thinks. For him, there is no doubt to have. “I have an African spirit. I see myself as a child of Africa having lived in America. I may have studied there, but I was raised in Africa. My parents and I were coming back to Africa every summer for a vacation. And then, when I had to go to high school, I had the choice between going back to Africa or staying in the United States. The possibilities in the United States were much bigger, so I stayed, “says Akon. In fact, the artist, Alioune Badara Thiam, was born April 16, 1973 in Saint Louis, United States. He grew up in Senegal before returning at the age of 7 in the United States to his father, the percussionist Mor Thiam. On site, he develops a real passion for hip hop. But with the particular universe of this music of protest, the young man ends up being in contact with the delinquency of the gangs. After a car theft, he will be imprisoned for three years. In prison, he spent his days writing songs and when he left, he recorded a model in a studio at his home.

After a car theft, he will be imprisoned for three years. In prison, he spent his days writing songs and when he left, he recorded a model in a studio at his home.

After touring the record companies, he drew the attention of SRC / Universal, which in 2004, decided to produce Trouble’s first album. In a few weeks, Locked Up, a title written just after his release from prison, becomes a real hit. The album itself, an astonishing cocktail of West African musical styles and American sounds, finished No. 1 in UK sales in April 2005.

Akon is now a global star.

In 2006, Akon released a second album: Konvicted. Platinum triple disc, it is sold to more than four million copies worldwide. Akon is now a global star.

He created his label Kon Live Distribution, which will co-produce the first album of Lady Gaga. The following year, he launched his clothing line, Konvict Apparel. In December 2008, he released a third album, “Freedom”, which will be certified gold. In 2011, Akon announced Stadium, his fourth album, originally scheduled for the summer of the previous year. To date, the album has never been released. For the next 3 years, the artist, who has won numerous awards, is less and less present on the showbiz stage. “I was a little too saturated,” says the singer. “I was on the radio, on the television. I just wanted to experiment more and do things internationally. So at this moment, in doubt about the next step, Akon decides to create Akon Lighting Africa.

Akon Lighting Africa and the birth of a Pan-African businessman

During his tours, Akon noticed that the absence or lack of electricity prevented him from organizing concerts in countries where the artist wanted to perform. Most of these countries, which were in Africa, could not provide the necessary electrical capacity for the infrastructure used for large-scale concerts. In addition, the artist experienced electricity problems during his childhood in Senegal. Years after his departure, the problem remained unresolved. “This idea came to me in Senegal by returning to neighborhoods where I had grown up and who, fifteen years later, were still without electricity. The infrastructure had not moved. Elders came to us and asked us to find solutions to the energy crisis, “said Akon.

“This idea came to me in Senegal by returning to neighborhoods where I had grown up and who, fifteen years later, were still without electricity.”

He decided to associate with another American-Senegalese, Thione Niang, and the Malian Samba Bathily to create Akon Lighting Africa. The company, present in 15 countries, wants to provide electricity to 16 million Africans by 2020, thanks to solar energy. 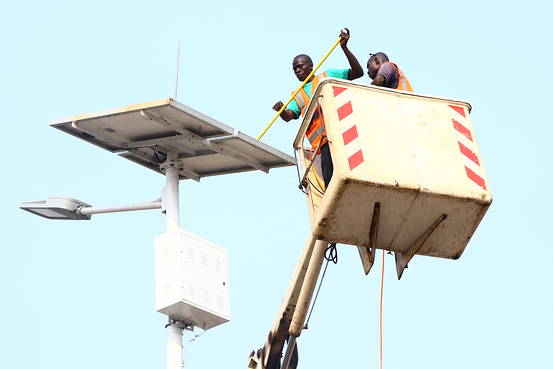 In 2017, just three years after its launch, Akon Lighting Africa has installed 100,000 solar street lights, nearly 3,000 photovoltaic mini-grids and more than 102,000 household kits in more than 500 localities in a dozen countries in sub-Saharan Africa. . A few days ago, Akon signed a partnership with the Mondobrain company to improve the efficiency of its company’s solar infrastructures thanks to artificial intelligence.

Akon Lighting Africa has installed 100,000 solar streetlights, nearly 3,000 photovoltaic mini-grids and more than 102,000 household kits in more than 500 locations in about 10 countries in sub-Saharan Africa.

Recently, he also announced the launch of Akoin, his cryptocurrency and the creation of a futuristic city: the Akon Crypto City. 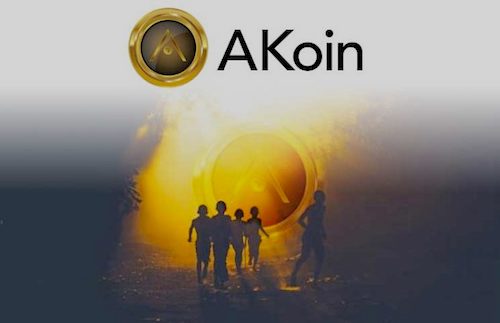 Akon embarked on the creation of his cryptocurrency.

For the artist, his city will be the testing ground for his vision, his development projects for Africa and his cryptocurrency will be used primarily. And if all goes well, the Missourri native will be able to replicate the model all over the African continent.