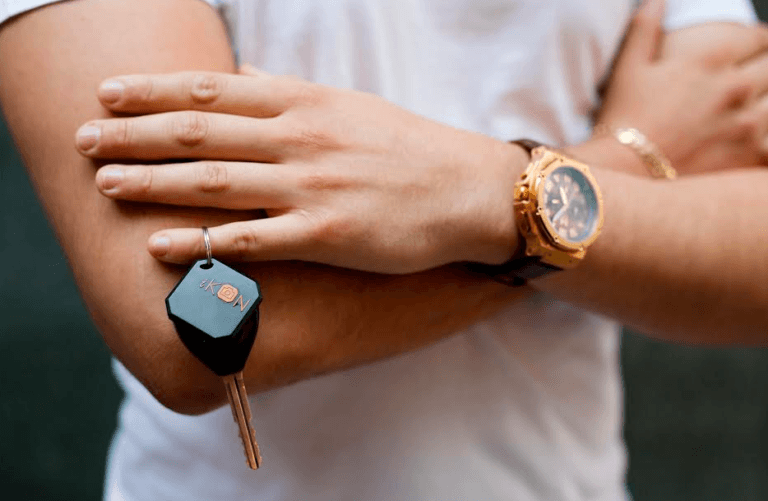 iKON tracker: A young African entrepreneur turns a crisis into a business opportunity

Adedayo Charis, an engineering student and entrepreneur from Nigeria, currently residing in Australia, is set to launch his tracking device startup iKON Tracker. iKON Tracker is a tech device that can be attached to any non-tech item to give people a means to track their belongings. While this application is very much a way to help people find lost items, it also can be applied to people as a way for parents to keep track of their children.

Charis said that the high number of kidnappings taking place in Nigeria (100 to 120 people every day) inspired him to develop the iKON as a product that may help to prevent and deter kidnappings not just in Nigeria but globally as well.

The startup also aims to address the ever-growing terrorist attacks and kidnapping cases that happen all over the world, even in countries like our own where abductions and kidnappings are still a large nation-wide issue.

“Our very own shores in Australia have borne witness to a host of kidnappings – Daniel Morcombe and the Beaumont children, to name a few nationally covered cases. If these children had trackers on them, would they have been found?” said Charis.

Adeyayo Chris: the man behind iKON

The iKON Tracker is a small device roughly the size of a 50 cent coin, meaning that it can be placed in pockets, on key rings and simply out of sight. The device can last up to six months with its recharge battery of 3 volts.

The device works in conjunction with an app so a person can track for instance their wallet or keys or a mother can be aware at all times on the whereabouts of her child by clicking through the app and locating the device through geo-mapping and automatic alerts.

“If a parent goes to a park and they have their little one with them they can place iKON Tracker in the pocket of their child. As soon as that child walks too far away from their parent, maybe for about 10 or 50 metres, they will receive a notification on their phone immediately and an alarm will go off saying that the child is walking too far away,” explained Charis.

The idea of the device is to prevent loss before it happens and alert the users that they are straying too far away from something.

iKON Tracker uses Bluetooth 4.0, the lower energy Bluetooth function and doesn’t require the use of internet so even in remote areas with no internet service anything can be tracked and found. The app also has a Crowd Find option that relies on other iKON devices located nearby when the iKON device is out of reach. For instance if a parent is in Brisbane and their child is on the Gold Coast for a school trip, the Crowd Find application can locate the child through the detection of other users in the iKON community nearby. iKON Tracker’s distance limit  is 70 meters, however with Crowd Find users have the ability detect anything out of range.

Looking at iKON Tracker in relation to object finding, there are other applications and devices already on market that track non-tech objects. XY Find It is another smart device the size of a keyring that also uses Bluetooth to help track lost items. One of its latest features is a lost and found community that locates on a map where the lost item was last before it went out of range, while Tile is also similar.

The average person spends several minutes a day looking for something and millions of devices and knick-knacks that are yet to enter the IoT world can’t be tracked without an attachable device like iKON Tracker or XY Find It. Both devices make users more proactive with their valuables and take back the time we unnecessarily spend looking under the couch for our keys and retracing our steps for our wallets.

As a student in Nigeria, Charis saw the broader application of this technology, but lacked the resources to develop it. Life for Charis in Nigeria was difficult and from the age of 16, when his grandmother died, he was forced to the streets to fend for himself. This path Charis entered gave him a new perspective on life and he sought to make a change, not only for himself but for the people of Nigeria.

“A lot of people would say, ‘why do you say you want to go and study in Australia and study engineering? You can’t even afford to feed yourself yet.’ But I would say to them, ‘All things are possible to him that believe that he can,’” said Charis. “I also love hunting for knowledge and information because what fuel is to a vehicle is what information is to a vision, so I had a vision.

“The desire of the vision of freedom for my people was part of the view that was pushing me forward, that was motivating me and then challenging me to go further.”

In coming to Australia, Charis has been able to turn his vision for iKON Tracker into a reality, but of course not without challenges.

At first Charis discovered that being an international student in Brisbane and coming from Nigeria with limited resources proved to be difficult in finding a team to help him build his startup idea. There was no one to pay for his tuition and not only that but people were hesitant to work with him because of his Nigerian label. Many bad stigmas have been attached to Nigeria, a nation internationally renowned for its corrupt government and high crime and abduction rates.

In reality Charis said Nigeria is a place where technology is abundant and he argues there is a larger fintech ecosystem in his country than in Australia. In Nigeria technology is a way for people to help drive their country into the future and put them on the same path as other developed nations.

Charis wants to change the stigma of being Nigerian and hopes that through education of his people, his country and his journey, Nigeria will become a nation where startup ideas are sought after.

“When people hear that you’re from Nigeria or you’re from Africa they just think that you’re a scammer or you can’t really go far. For example, there was this friend of mine, we used to work together on iKON Tracker, but down the line, when he got to know that I was an international student he just stopped communicating to me.

“It was really, really challenging being an African and also especially a Nigerian and trying to do something. A lot of people just don’t believe in the idea, the only thing they will say to me is, ‘it’s not going to work,’ and then, ‘you’re a scammer.’”

Through these challenges Charis worked harder to succeed and today has proudly developed a device that he hopes will have a real world impact on abduction rates.

Over the next two years he plans for iKON Tracker to develop more designs and build up its community around the world to make the smart device a household name and item. Charis said this year he will be travelling back to Nigeria to target iKON Tracker at its population of 80 million.

The iKON Tracker has already been recognised as one of the top 30 startups at DEMO Africa and is backed by Aaron Birkby, entrepreneur in residence at River City Labs in Nigeria.