Africa and its 1.2 billion inhabitants are presented as the continent where the populations are most strongly exposed to various risks. Habitat quality is often poor, though improving, infrastructure is missing, disease risks are high, and political instability makes it almost never clear what the future holds.

In a recent study on the health sector in Africa, it was found that people spend 60% of their income on health care, while universal health coverage would be a start to ease their burden. Similarly, the drought that affected several parts of eastern and southern Africa in 2016 has once again highlighted the significant economic and social cost of natural disasters in sub-Saharan Africa.

According to an IMF analysis carried out in 2016, structural factors such as the weak development of the financial sector, the difficulties of access to credit, the high share of rainfed agriculture in GDP and the high levels of absolute poverty, limit the the ability of many African countries to quickly overcome natural disasters and build resilience over time.

Even though the region has witnessed one of the strongest growths in the insurance market in the world in the last two decades, the penetration rate of these services is measured by the volume of premiums issued (amount paid for guarantee risks) on the Gross Domestic Product remains very low, albeit with some disparities.

In powerful economies like Nigeria and its dolphin Angola, penetration rates are extraordinarily low at 0.3% and 0.7% respectively.

Thus, South Africa stands out completely from the rest of the region, with a penetration rate that, in 2017, was estimated according to the Statista platform, was 17%. In powerful economies like Nigeria and its dolphin Angola, penetration rates are extraordinarily low at 0.3% and 0.7% respectively. And overall, the lack of existing market is the fact of mandatory insurance such as car insurance and large multinationals that have standards to meet.

The argument most often used is that this situation is the result of widespread poverty among the population. But we can be astonished to find that in the chic neighborhoods of Cocody in Abidjan (Ivory Coast), the Almadies in Dakar (Senegal), or Bonapriso in Douala (Cameroon) very nice houses at very high rental prices, are not always insured. This raises the question of why Africa, and Africans in general, do not seem to have the natural and universal desire to secure wealth and income. 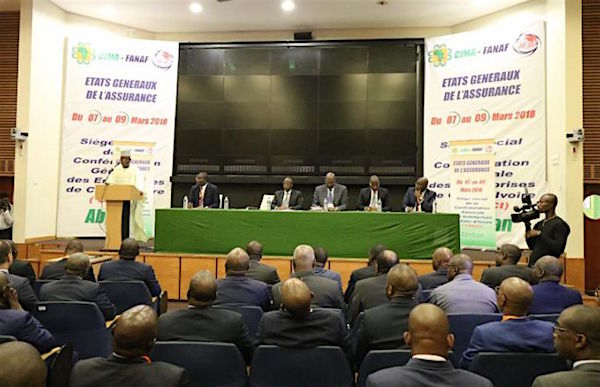 Why, in Africa, very pretty houses at very high rents, are not
always insured?

What should be the insurance market in Africa

Yet, indeed, historical studies tend to show that Africa is the cradle of insurance as we know it today. Insurance historians often mention the fact that archaeological excavations have shown the existence, around 1400 BC. JC, mutual aid societies among stonecutters of Pharaonic Egypt, who built the temples and pyramids.

According to the trace that goes back more than 3500 years, they already applied the principles of the insurance, which consists in the prior payment of a contribution to pool a random risk (accident, death, illness) in order to receive a benefit in case realization of this risk.

According to the trace that goes back more than 3500 years, they already applied the principles of the insurance, which consists in the prior payment of a contribution to pool a random risk (accident, death, illness) in order to receive a benefit in case realization of this risk. The oldest documented insurance transactions in the world would have taken place in an Africa that is the cradle of many things that it has lost use of.

South Africa is also an interesting story subject. For a good period, this country was the world leader in insurance, with a penetration rate close to 19% in 2002. Things have gradually declined. In fact, this mining country, developed with strong Western capital, illustrates what should be the insurance market in Africa.

Finally, one can not help but analyze these spontaneous behavior in the context of ethnic or utilitarian groupings in the form of weekend meetings. The word insurance is not used, but we have observed among African traders, tontine practices, which can repair damage suffered by a merchant member of these meetings. And more recently, rising youth, with more income, is more concerned about protecting themselves from risks. So yes, the African is open to insurance. 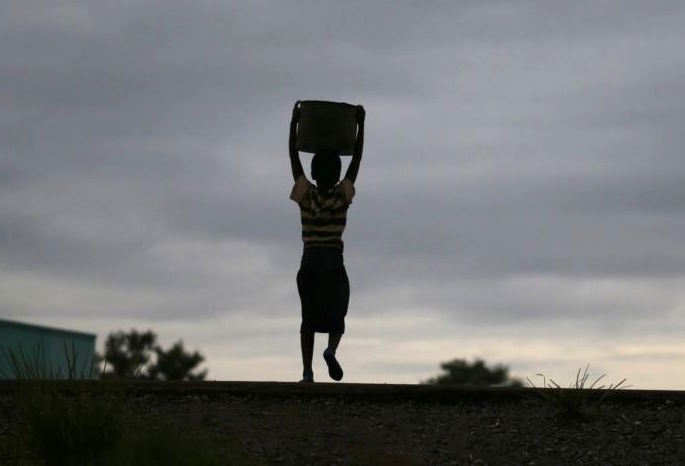 An Africa which, finally, is the cradle of many things which it has lost use of.

In this case, how to understand that this low level of penetration of the sector in the region? The main obstacle often mentioned about African insurance is regulation. Despite the changes in this area, senior executives in the sector who have confided in a Barometer produced in 2017, are concerned about the lack of harmonization between jurisdictions, which increases the costs of compliance with standards.

Significant differences persist between the markets. Only those of the Inter-African Conference on Insurance Markets (CIMA) present a coherent regulatory approach. Some insurers fear that regulators will choose another extreme and lock the market into a framework of stricter requirements. On the other hand, many markets have a regulatory framework, but do not apply it in a systematic and predictable way.

But the truth is that these regulatory aspects only concern the perception of investors in the sector. Insurance has bad press with a majority of the African population whose income is already reduced. Indeed, before paying insurance premiums, we must first deal with emergencies such as food, clothing, schooling of children and basic pleasures, which make some believe that insurance is a waste of money, it is for Westerners who can afford it.

This last point is precisely the one that constitutes the second blockage of insurance in public opinion in Africa. Individuals still refuse to enter into rational and institutional scenarios of risk coverage. In the face of a disaster, people know that they can count on African solidarity (families, friends and immediate entourages), which, however, no longer brings great results. In the event of an accident, families contribute to help the disaster, and when it is serious, we see more and more people seeking help from the authorities.

The insured are convinced of the bad faith of the insurers, who in turn suspect the insured to multiply ploys to receive compensation on fictitious or orchestrated losses.

This attitude alone should be a signal, that Africans have the same need for protection as everyone else, but for this to happen, we need appropriate expertise to develop appropriate insurance products that take into account local values and environment. . But on this, insurers targeting Africans seem to have failed to carry out insurance education and understand their customers. The underwriting procedures are unclear, and those for damage repair are extremely complex, even Manichean. Sometimes, too, the insured is treated as a culprit by unskilled agents whose purpose is to collect more premium without offering anything tangible in return.

We will also note the information asymmetry. The insured are convinced of the bad faith of the insurers, who in turn suspect the insured to multiply ploys to receive compensation on fictitious or orchestrated losses. However, there are not always clear rules that impose deadlines for settling claims. In the CIMA zone, for example, insurance companies are now endowed with tens of billions of FCFA of premiums collected, the beneficiaries of which are not found. This capital is becoming a real source of conflict in terms of regulation.

Finally, the last obstacle is related to the cost of insurance. In a country like Cameroon, insurance premiums are overvalued by value-added tax of 19.25% and a high level of income tax and movable capital income. These charges weigh down the profitability of insurance companies and force them to sell their services at high prices. 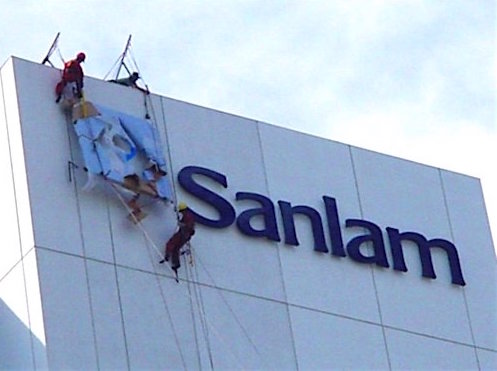 On the mainland, the main maneuvers are conducted by Sanlam.

All current studies agree, however, that the low penetration rate of insurance is an opportunity. Since 2007, the reinforcement of regulations has forced small insurers to regroup. Greenfield merger, acquisition or investment transactions by large insurance groups have multiplied. On the continent, the main maneuvers are led by Sanlam, the insurer of South Africa, which is establishing its hegemony, after the acquisition of Saham Finance, the most active player in the African insurance market, and even reinsurance via Continental Re.

Alternatives focused on protecting the poorest

But deploying greater insurance penetration requires much more than investing for the most affluent clientele. Speaking at the inaugural conference of the 42nd inaugural conference of FANAF (Federation of African National Rights Insurance Societies) which has been taking place since February 12 in Kigali, François Xavier Albouy, shared the idea that the the use of ICTs, will not be enough to support the access of as many people as possible to risk coverage services. “Every year, we realize that insurance premiums cover just 20% of the world’s population. Certainly, premiums increase because the middle class tends to get richer and the premium volumes collected are large. But it is clear that this sector, which has existed for three centuries already, covers only 20% of the world’s population. We feel that something is wrong, “said this professor of economics, an expert on risk issues.

“But it is clear that this sector, which has existed for three centuries already, covers only 20% of the world’s population. We feel that something is wrong ”

For him, the significant widening of the coverage rate of insurance shares, not the use of mobile, but the ability to find insurance techniques and technologies to reach everyone. “If you take for example the value chain of cocoa, the exporter is insured, the processor of the raw material is insured, the boat that transports the beans is insured, but the producer is not, and in addition he receives only 4% of the final value added of his product “, he took as an example.

In a study published in April 2018, Oxfam explains that governments, or any other risk bearer, such as cooperatives that are better established in Africa, should be the holders of insurance contracts to mitigate the consequences of climate risks or risks. natural disasters on the poor. In these models, the government, or a “risk bearer” like a cooperative, is effectively the holder of an insurance contract.

From the point of view of the organization, a public, private and personal partnership is essential in order to rebalance the roles and interests of all. The support of mutuals and cooperatives, which often have a unique place to help poor communities, is also needed. And from this perspective, donors and governments need to ensure that the poorest people are protected against various risks and that a good balance is struck between development finance priorities and protection against climate risks or natural disasters.