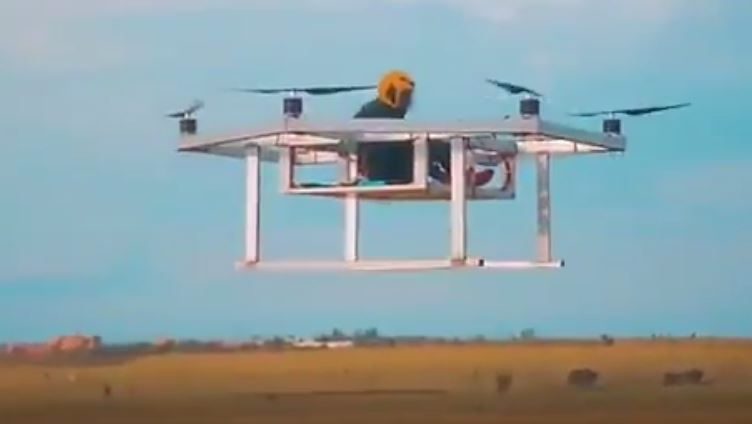 Kenya: experimentation of the first passenger drone in Africa

A first in Africa, a passenger drone. In Kenya, the electrical engineer Morris Mbetsa who built the first passenger drone hopes through his invention hit a big blow on the continent. He took off his prototype and the success of the test reassures observers about the future success of this instrument that will prove vital in certain circumstances.

In a video made by Kenya Citizen TV, we observe the engineer and his teams in full test operation with this drone. Morris Mbetsa and his team of engineers explained the operation of the various components of the drone, such as electronic speed controllers (ESC), custom aluminum and steel engines, flight software, carbon propellers and batteries . The drone can for the moment be driven autonomously, manually with a joystick control video games or remote.

A first on the continent

If the invention of Morris Mbetsa is seen on the continent as a great first, it should be remembered that it is not the first in the world. The inventor himself admits having inspired some models on other continents, including Uber and especially Volocopter. The Volocopter is a German startup that focuses on taxis flying to facilitate urban transport in cities in the future. If all is advanced, Uber and Volocopter are also only at the stage of experimentation. Tests that are done between the United States and the United Arab Emirates.

Morris hopes to be part of these inventors who propose a solution adapted to the realities of his country and his continent. Because for him, Africa can have its own taxi-flying drones instead of waiting for what is done elsewhere. these inventions of the future come to meet the needs of certain environments. Between the saturation of the road network and the natural obstacles, the drone taxis will bring relief.

Kenyan remains very optimistic after the real success of the first test. ” Everything is perfect. I guess, it’s time, “he said.

For the future, the inventor has his idea. He hopes his drones will be used to transport tourists over and around Nairobi. They can also be used for search and rescue missions. Hoping for the necessary support to bring all these concrete ideas, he also wants to popularize his initiative with a mobile application as the others do on other continents.