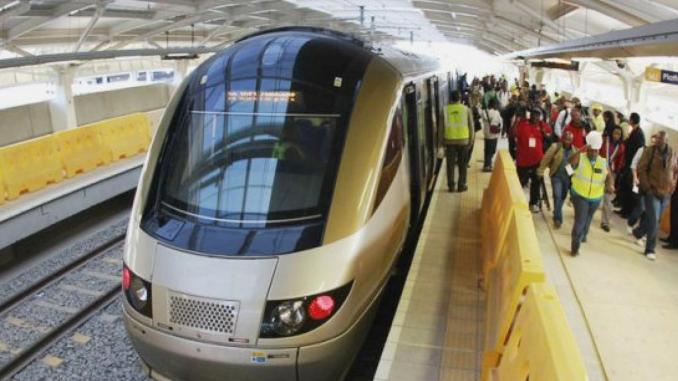 WHY ENGLISH-SPEAKING AFRICA IS BETTER THAN ITS FRANCOPHONE SISTER

#Other countries: At the time when the Comesa countries, predominantly English-speaking, were experiencing average growth of more than 7%, Francophones in the franc zone struggled to register growth of 5%. The former French colonies are seriously lagging behind their English-speaking sisters. It is a debate that can raise passions, but the facts are stubborn and the figures more eloquent than the analyzes. Just take a look at the Human Development Index (HDI) to be convinced. Among the ten countries with the best HDI on the continent, only Gabon is a francophone from sub-Saharan Africa with 0.68, occupying eighth place. The country of Ali Bongo is preceded in particular by Mauritius (0.78), Seychelles (0.77) and Botswana (0.70), but also by countries of North Africa, Algeria, Libya , Tunisia.

You have to go to the bottom of the table to see a concentration of Francophones. Niger, the Central African Republic and Chad close the line with an HDI of between 0.35 and 0.39, occupying at the same time the last places in the world, according to the classification of UNDP in 2015.

If we look at indicators such as production or the rate of growth in recent years, we reach similar conclusions. English-speaking countries have long experienced growth of 6 to 7%. According to the International Monetary Fund (IMF), the countries of Comesa (common market in eastern and southern Africa) recorded growth regularly above 6%, between 2004 and 2015. In 2010 and 2011, moreover their growth even reached 7.9 and 7.1%, excluding petroleum products, underlines the IMF. It should be recalled that out of 18 members of Comesa, only three are French-speaking, namely DR Congo, the Comoros and Madagascar.

This is obviously felt on the overall GDP of Anglophones, who outside South Africa, weighs for 48% of sub-Saharan production, against less than 20%, for Francophones.

So what explains such a situation?

The reality is that economic activity is more flourishing among followers of the Shakespeare Language than among French-speaking countries. Even Rwanda, which has become an example of progress in Africa, has changed sides, adopting English as its official language. When young Dakarois or Bamakois are planning to immigrate, to Nairobi or Kampala, we are rather oriented towards the creation of a local business.

The 4 best African reformers are English-speaking

When we take a look at the Doing Business report, it doesn’t take long to see that the business climate among Anglophones in sub-Saharan Africa is much more favorable. The report published in October 2015 shows that the four best reformers in their business environment are English-speaking. These include Mauritius, Rwanda, Botswana and South Africa. They even exceed the Maghreb countries, namely Tunisia and Morocco which arrive in fifth and sixth position respectively.

For some observers, conflicts do not facilitate the development of French-speaking Africa. We have seen this particularly in the Democratic Republic of the Congo, where growth has been negative for several years. It took stability to see prosperity return to this country of 70 million people. The DRC thus recorded one of the best growth rates on the continent between 2010 and 2015, with growth between 7.2 and 9.2%.

But this catching up risks being tarnished by the next elections which risk plunging the country into a new conflict. Thus, the IMF projects a fall in growth which could drop to 5.0% and 5.1% in 2016 and 2017. All the more so, the prices of the raw materials that carried Congolese production are in free fall.

The CFA franc, a brake

Another French-speaking giant of Africa has also experienced an internal conflict that has undermined its growth for five years. This is Côte d’Ivoire which alone accounts for 40% of the GDP of Uemoa. Therefore, staying for such a long period of time in a conflict has not served its French-speaking neighbors, in particular.

There is also the currency, namely the Franc Cfa, inherited from colonization and which is pegged to the euro. For some time, analyzes are multiplying, criticizing this mechanism which does not allow the French-speaking African States to conduct a monetary policy corresponding to the health of their respective economies. Because, the CFA franc is steered from the European Central Bank (ECB) which receives the reserves of the countries of Uemoa and Cemac.

It is therefore impossible for these French speakers from sub-Saharan Africa to boost their exports by playing on the flexibility of the exchange rate. Because this rate is fixed at 655 Fcfa for one euro. This has been the case since 2001. The single currency is an excellent tool. This is something that all analysts agree on. Therefore, the same monetary space must be kept, or even enlarged to other countries, however the central bank must be autonomous.

Besides, there are many other explanations. This is particularly the case with the lower level of infrastructure in the former French colonies than among their English-speaking sisters. The narrowness of the domestic markets is also cited. Because the English-speaking countries, thanks to a better division at the time of independence, are larger and therefore have more inhabitants. Therefore, it is easier to develop a business in Nigeria with 170 million potential consumers than in Senegal, which has only 14 million.