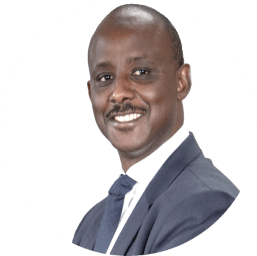 At the end of the Saboutech General Assembly held on June 25, 2019, Mr. Amadou Barry was chosen as the new Chairman of the board of directors of the SABOUTECH incubator.

Being part of professional bodies in the Republic of Guinea (Order of Chartered Accountants of Guinea and Court of Appeal of Conakry), Amadou Barry graduated in Expertise-Comptable. He has over 14 years of experience in France and Guinea, and is also a member of the Order of Chartered Accountants and the National Company of Auditors of Paris Ile-de-France. Mr. Barry is one of the founding members of the Saboutech Association.

Since 2009, Mr. Barry has been a partner in Grant Thornton Guinea, one of the main groups in the fields of auditing, accounting and consulting.

The AfrikaTech team extends its best wishes to this great man so that he can meet the challenges of this new responsibility.