Today the needs of startups, TPI, TPE, PMI and PME in Africa, in Senegal in particular, revolve around a balanced combination of funding and different operational supports.

The General Delegation of Fast Entrepreneurship (DER), under the aegis of the Presidency of the Republic of Senegal, signs in Dakar, a partnership agreement with GreenTec Capital Partners, 1st German investment structure specialized in investment in African startups. The purpose of this agreement is the creation of the first regional Venture Building center in Africa intended to meet the investment challenge by setting up tickets – between 10,000 and 500,000 euros – for entrepreneurs in phase starting.

Today the needs of startups, TPI, TPE, PMI and PME in Africa, in Senegal in particular, revolve around a balanced combination of funding and different operational supports.

See Also: Bruno Mettling: “Africa must bet on the emancipation of women via digital”

In addition, the boom in business creation and entrepreneurship across the African continent is amply supported by the growth of new management players such as incubators, hubs and other accelerators. This momentum, however, comes up against the systemic operational insufficiency of these companies. They do not always meet the eligibility conditions for classic venture capital financing vehicles, for a starting bet of 500,000 euros.

The agreement initialed by the Minister, General Delegate for Quick Entrepreneurship, Papa Amadou SARR, and the CEO and co-founder of the German investment fund, GreenTec Capital Partners, Erick YONG, consecrates the ambitions of the two structures for young people Senegalese entrepreneurs:

Support funding in digital,
Build the capacity of start-ups,
Set up a common infrastructure to allow them sustainable development.

In fact, a new structured ecosystem is needed to allow these entrepreneurs to effectively transition from the prototype stage with first incomes (post-accelerator) to a growth stage and therefore to exit the “valley of death”. This partnership finds all its relevance in the alliance and the sharing of resources of all the public, private actors, development banks, or civil society. It will help support entrepreneurs with proven potential. Access to resources in a personalized operational support framework, creates value for entrepreneurs during this period when incubators and accelerators have already proven themselves, thereby further improving the quality of the companies that benefit from it, while enhancing their chances of survival.

Another conviction guides this initiative: Africa must not be the spectator of its development, but be its actor, by investing resources and participating in the definition of the agenda of the various partners wanting to contribute to it. Thus, adhering to this common approach, it is in continuity and with a confirmed will of the Senegalese President, HE Mr. Macky Sall, for digital entrepreneurs, that the Republic of Senegal has decided to integrate in coordination with the DER, the Venture Building model developed by GreenTec Capital. With this conviction, the DER, created in 2017, effective since March 2018, was given a budget of $ 5 million per year, until 2023.

As a reminder, the Delegation for Rapid Entrepreneurship, mainly aimed at women and young people, is an initiative of the President of the Republic of Senegal, HE Macky Sall. It aims primarily to support and finance Senegalese entrepreneurs in the priority sectors of the Emerging Senegal Plan, namely agriculture, the digital economy, tourism, crafts, services, etc.

The collaboration between Senegal and GreenTec Capital Partners fully coincides with the ambitions of the French initiative, Digital Africa led by Mr. Karim Sy. The latter guaranteed to give all his support to this new ecosystem which is based on the sharing of common resources leading to a general rise in the actors of the African entrepreneurship ecosystem.

The DER, through its innovation fund, invested in 44 Senegalese startups in 2018 on tickets ranging from 10,000 euros to 100,000 euros. In 2019, the DER aims to support more than 150 digital Startups and SMEs, by investing more than 10 million euros, while supporting around twenty startups under a venture building model.

It is no coincidence that the day of the signing of this agreement also coincides with the laying of the cornerstone of the future innovation space with international influence, “The DER Innovation HUB”. Built with the objective of making Senegal the main player in innovation at the regional level, it will welcome major technology groups, innovators, incubators and accelerators … and of course the GreenTec Capital Partners teams.

This agreement also provides for the deployment of the new regional office of Greentec Capital based in Dakar. Designed to support and develop the operations of the largest investment structure in Germany for African start-ups, throughout French-speaking Africa, this office will also help raise the critical operational level of companies for make it more attractive. FOR WHOM I would add “for international investors”.

For four years the investment model of Greentec Capital has already proven itself in 10 countries – 4 Francophones – on the continent, notably in Rwanda, Nigeria, Côte d’Ivoire, Benin, etc. It is now a question of implementing it on Senegalese territory on a national scale, thus proposing a new investment ecosystem adapted to the structural peculiarities of entrepreneurship on the African continent.

The scaling up of this innovative investment model is specially adapted to the African context. It is also an opportunity to imagine and design new paths for innovative solutions, likely to benefit the entire continent around a new international alliance. 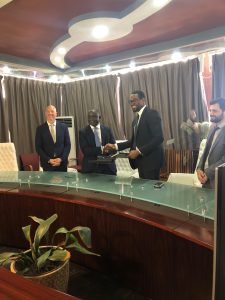 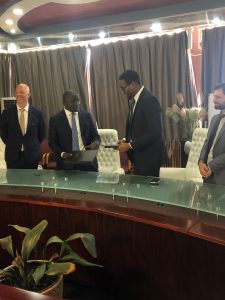 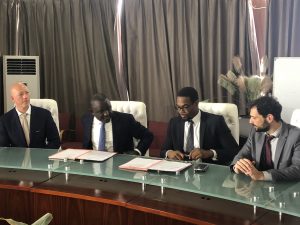 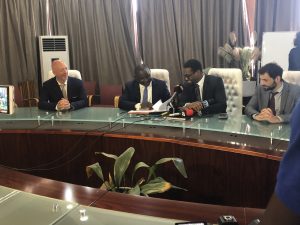 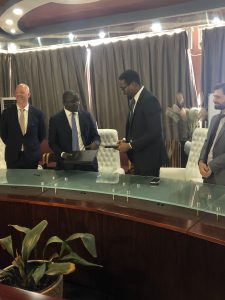