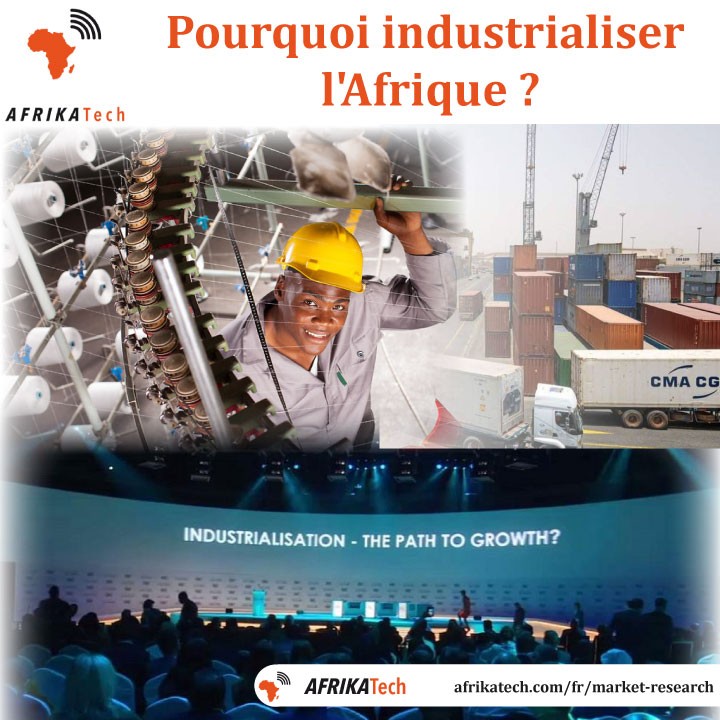 The argument justifying the Why industrialize Africa? or a country? This practice constitutes the most effective lever of development allowing the populations, and this, wherever they are, to get out of precariousness and to have an income-generating activity. Despite everything, the industrialization model set up by a state can in no case be imposed on other countries, each with its own specificity. Hence the importance today of industrializing Africa.

Africa and industrialization: context
November 20 is dedicated, each year, as the date dedicated to industrialization on the African continent. The theory that industrialization contributes to the development of a country is based mainly on the thesis put forward by François Perroux, a French economist, who believes that this inevitably has positive effects on other sectors of activity.

However, to benefit from economic development, the country affected by industrialization must have adopted a policy favoring investment and the creation of businesses. It is indeed essential to keep in mind that foreign direct investment contributes to industrialization.

However, Africa currently operates not with an economy of scale scheme but on the contrary with a rent economy model. The exploitation of natural resources on the African continent, which generates significant income, unfortunately only benefits a microcosm of individuals, which inevitably leads to a deleterious and unfavorable business climate.

Competition cannot succeed in the face of the monopoly of large groups established in Africa for generations. Industrialization, on the other hand, involves the creation of many companies operating in a specific sector of activity.

Today, it is becoming more complex, in an ultra-competitive world, to institute the industrialization of a country. However, this practice is a component of development. Development aims to highlight the ability of individuals to create value.

However, some countries have made the decision to operate at opposite angles. This is for example Zimbabwe, which preferred to focus on the development of agriculture and not on industrialization. However, the growth of the agricultural sector can contribute to the development of the agrifood industry. It is not only a source of income ($ 313 billion) but it also generates employment (70% of the most vulnerable individuals).

This type of scheme may be suitable for Africa, which is home to many natural resources that can combine industrialization and the classical economy. Since globalization has now favored the fragmentation of production processes at the international level, it is conceivable for Africa to take advantage of opportunities in terms of industrial production.

In addition, since the equipment is almost non-existent, entrepreneurs must show ingenuity and creativity. Many of them manage to make technological leaps in order to carry out their activity.

As soon as industrialization is thought through and adapted to the African context, people will be able to benefit from it: controlled urbanization, job creation, emergence of new companies, etc. Ultimately, the development of the African continent can be sustainable and profitable for each African citizen.

Industrialization in Africa requires reflection. Indeed, it is impossible to apply the industrialization model involving centralized planning. Each country having its own characteristics, it is essential that each government envisages industrialization by taking into account in particular the natural resources which it has and the potentialities which the country has.