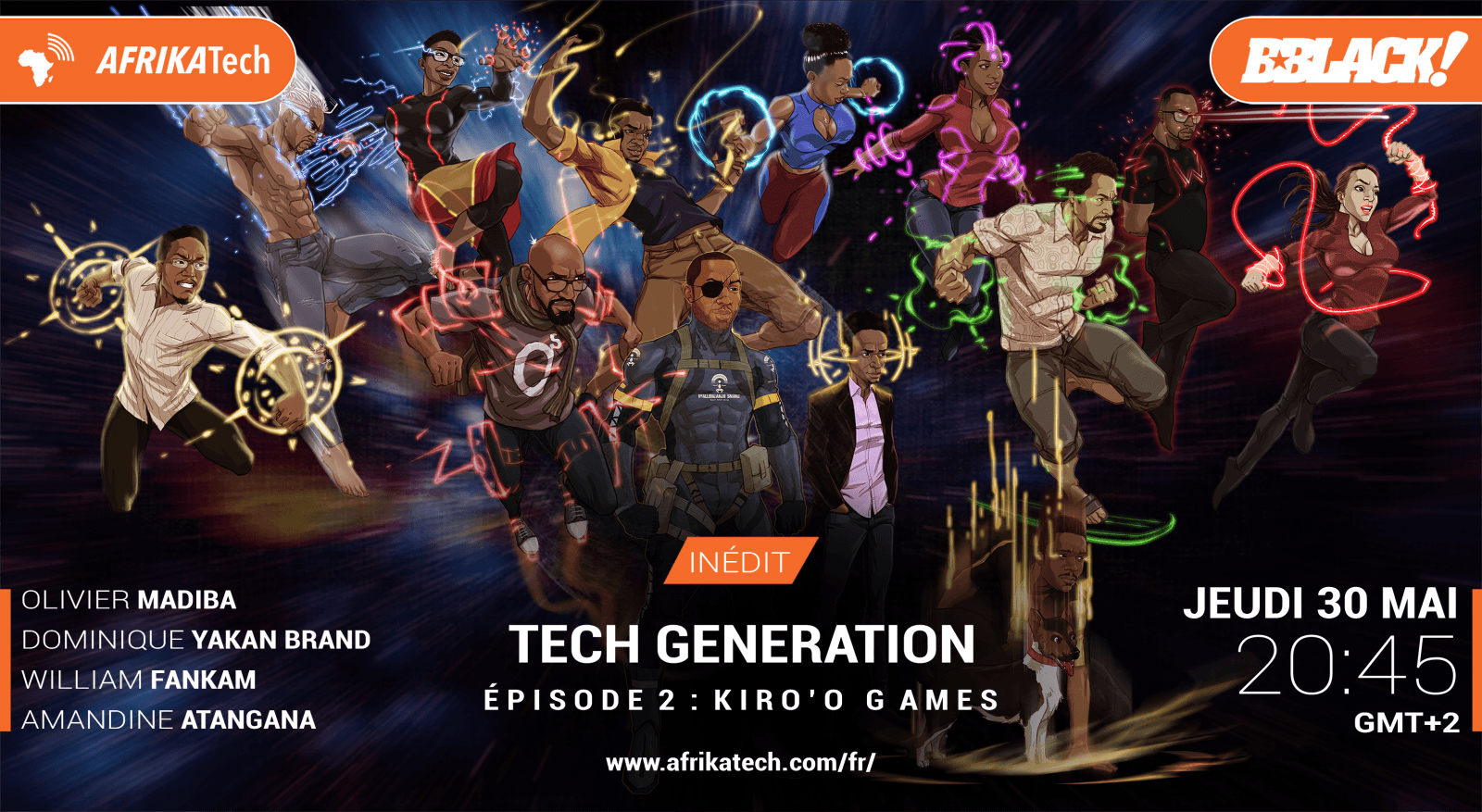 BBlack and AfrikaTech teams traveled to Cameroon on TV Tech Generation to meet Oliver Madiba, the founder of Kiro’o Games, the 100% African video game creation studio. Known throughout the world of video games for the creation of “Aurion L’Heritage de Kori-Odan”, an adventure game incorporating African cultural codes Kiro’o Games has established itself as THE African video game studio by Africans.

After episode 1 dedicated to the success story Le Bon Coin, Tech Generation the TV program of BBlack and AfrikaTech which aims to promote entrepreneurship in Africa and in the Diaspora, followed the adventures of Kiro for a program ‘o Games. A look back at their beginnings and what made Kiro’o Games one of the largest video game creation studios in Africa.

The history of Kiro’o Games begins in 2002, with Olivier Madiba, a young Cameroonian student still in college, who has the crazy dream of creating a 100% African video game from Cameroon. He decides for this fact to do research on Google and other site specialized in video games, he discovers there an RPG maker solution, a software which makes it possible to mount an amateur video game. It is through this solution that Olivier’s first adventure in the world of video game creation begins, “Aurion L’Heritage de Kori-Odan”, a video game that aims to be the perfect combination between Metal Gear Solid , Final Fantasy and African culture.

After the development phase, comes the financing phase and in this phase the Kiro’o Games team realizes the reality of being a young African without heritage who is trying to start a business. After many trials, they have the revolutionary idea to have their video game funded by individuals and companies on the principle of equity crowdfunding in an instinctive way. As Olivier, the founder of Kiro’o Games, says: “I know the technical term today, but at the time it was extremely intuitive …”. It’s after this first fundraising campaign that everything will accelerate for Kiro’o Games.

A few weeks ago, Kiro’o Games achieved new feats, the Cameroonian startup opened its capital. In less than 15 days, international investors subscribed for 174,000 US dollars, or 101 million FCFA raised. “Beyond money, Kiro’o will only retain investors who are compatible with our vision. We also ensure rigorous due diligence on the sources of income for investors, “said Jean-Yves Bassangna, co-founder of Kiro’o Games.

The arrival in the world of mobile video games

In development since 2016, Kiro’o Games announced in 2018 the creation of their new concept, “The Responsible”, a comic game based on clichés concerning African civil servants. You will incarnate a young man there, hope of his village, eager to become high-responsible of the fictional Republic of Mboa. This video game wants to be made by Africans for Africans, Olivier Madiba, recently told RFI “If you are playing video games in Africa, you have to completely change the paradigm. The image that I often like to give, is that of video games like Zelda that have worked in Europe because they capitalized on a culture of cinema and books that had greatly installed the universe of the cape and the sword. . In Africa, what we have observed is that often people have so many problems that going to kill dragons is not necessarily very attractive in their minds. However, take a completely different approach: try to imagine creating games that solve real problems, or at least explain how to solve real problems, there you have a formula. “