This interview gives good keys to understanding the “blockchain” phenomenon and its possible applications.

Blockchain, Bitcoin, Smart contracts … What applications in our daily life?

Even if the subject is nothing new, the blockchain has become this year as a subject of the tech scene. Considered by many to be a revolution at the height of the Internet, the blockchain has the potential to impact all industries, starting with the bank and the way we exchange money. Bitcoin and cryptocurrency in general became almost mainstream subjects where they only interested insiders a few months ago. Just see the many messages from aspiring traders on Facebook or Twitter, who risk buying a few tens of euros of virtual currency to be part of the adventure. But concretely, what is the blockchain? What is Bitcoin for? When to use smart contracts? What part of myth for which part of reality? Today, we are launching a file on the subject, where we will be bringing in many experts on the subject. In particular, we will be pleased to invite several speakers from the upcoming Digital Tech Tech Conference of which we are partners, which will be partly dedicated to this subject. It’s not too late to register! 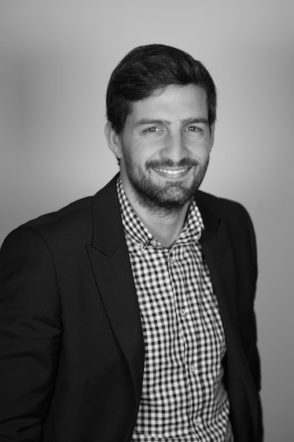 Clément Bergé-Lefranc, co-founder and CEO of Ownest, is pleased to answer these questions in this interview. Coming from a background in law, economics and international marketing, Clément created a consulting company that counted a dozen employees before joining a software company for the insurance world. Following the blockchain very closely for a few years, he met his future partners at conferences given on the subject and launched with them a first project around Ethereum (Ledgys) but also a company around the supply chain, Ownest, which makes traceability and security, and which already has international customers. Thanks to him for his answers.

In a few words, what is the blockchain?

The blockchain is a technology that has been put in place to secure digital currencies, such as Bitcoin. Before the emergence of Bitcoin (and its equivalents), the problem was to limit digital currencies to a single use. Once I give you a digital currency, you must not copy / paste it and spend it a few times! To compensate for this problem of double spending, a register has been set up with the blockchain. It integrates all the transactions that have been made in this currency. When I give you a Bitcoin, I create a transaction of a Bitcoin towards you, which is submitted to the community of minors, who will validate it. The registry will be checked to validate that the issuer has the Bitcoin to validate the fact that the transaction is valid. The latter will be entered in a block, which will be added to the register. Hence the term “chain of blocks”.

To summarize, the blockchain is a decentralized security system, without a central control body, but with millions of users who validate transactions independently against remuneration (in Bitcoin or other cryptocurrency). The blockchain allows three things: timestamp transactions, certify issuers and receivers transactions, and secure the exchange itself. Quite simply. The first use is therefore monetary, but this ability to make timestamping, certification and security opens up opportunities for all sectors of activity: financial, insurance, legal, logistics, industrial …

What are its origins ?

The whitepaper of Satoshi Nakamoto, behind the blockchain, dates from 2008. Its goal is to replace the current banking system, in response to the financial crisis that had just taken place. The fact of this person (or collective, its identity remains unknown) is that we can not afford that intermediaries (central banks, banks, influential players in the banking world) have the ability to play with our assets. The peculiarity of Bitcoin, which was a project like thousands of others in this area, was that it was very well done and therefore it was adopted.

Banks are however not left in this sector …

Banks were the first to identify blockchain as a risk. They have understood very well its mechanisms and objectives. The only way they could counter her arrival was to try to decry her, to discredit her, and then to integrate study offices on the subject. Some have blockchain work cells since 2009! Technology is structured to destroy them. So if they integrate it, it will be by diverting the technology. Current projects are therefore projects of pure adoption but in other sectors, or projects that divert technology to transform it into something else. The will is obviously not to be disrupted, or otherwise to be a dominant player in this technology tomorrow.

The blockchain does not allow the dominant position of an actor, since it is a decentralized system. Its basic mechanism prohibits it. This is why we have seen the emergence of the notion of private blockchain, also called DLT (Distributed Ledger Technology). They take the same mechanism of decentralization, but instead of using unknown actors, they create an internal network to master the various components of the chain. Large groups are therefore embarking on this mechanism to monopolize technology, where other public projects are trying to transform business and activities in depth. We can make a comparison with the beginnings of the web. The first reactions, in the 90s, were to create intranets, even losing the power of openness created by the Internet. It is natural behavior to try to adapt technology to oneself, before adopting it more widely.

We talk a lot about Bitcoin, but it’s not the only blockchain project … Does not it eclipse other projects?

We talk a lot about Bitcoin because it’s the original protocol. There are currently more than 900 cryptocurrencies. Three projects pay the most attention, namely Bitcoin, Litecoin (created a few months later on the same protocol) and Ethereum, which is another typology of blockchain with another behavior. Ethereum facilitates and opens up possible fields of application. It’s simple to use to create new cryptocurrencies and new business models. It is important to understand that 95% of Ethereum-based projects are not technically feasible or simply opportunistic. In the last year, there has been a very large wave of new cryptocurrency releases and new projects that have been the focus of attention. In recent weeks, Bitcoin has taken center stage because people realize that the blockchain really only allows the three things mentioned above, certification, timestamping and securing. We must rebel on what technology can do today and not fantasize about possible futures, there are steps to follow before you get there.

What are the main concrete applications today? We talk a lot about smart contracts in particular.

Smart contracts already exist and work very well, for financial applications, to create new cryptocurrencies or new tokens, to structure certain exchanges … It’s a very good tool that has a bright future ahead of it. The promise of Ethereum (on which the smart contracts are based) is to say that if we can collectively hold a register in a decentralized way, why not create a central world computer on which everyone would draw the power of calculation. And when you want to create software, rather than install the software at home, as much as install it on this common and global computer, on which everyone will come to use. This opens up great possibilities, but you still have to pay attention to the fantasies that surround it.

What types of fantasies?

An example of a practice that is not yet possible is that of insurance on air tickets. I decide to buy a return Paris-Bordeaux to 500 euros. To avoid any problem, I want to take out insurance on the delay. So I created a smart contract which indicates that I paid 500 euros for my flight which is supposed to arrive at 16:30. If it arrives with two hours late or more, I would be refunded 500 euros, otherwise, I would simply pay the cost of my insurance, for example 50 euros. This contract, if it is accepted by someone (my insurer), is thus put on this famous central computer, the Ethereum blockchain. Each paid the amount corresponding to the contract (500 euros on one side, 50 euros on the other), which will be transferred at the time of execution of the contract, that is to say when the arrival time the flight will be validated. The problem is that smart contracts can not automatically recover the arrival time of the flight, it is not technically possible. The latter can not conduct operations to the outside. It is necessary that you come to trigger this smart contract yourself. It requires human intervention, a person who takes the time of arrival of the flight and pushes this information. You therefore give all power to this person to decide the validation of the contract, without the possibility of contradicting it later. A solution exists: to use an oracle, in other words to call on thousands of people around the world to come to inform this information, against a micro-remuneration. But this mechanism of oracles is not yet developed. An insurance system of this type is therefore not possible at the moment, just like many uses of the same type that you can imagine from this example.

What are the projects that are currently feasible and are not fantasy or projection?

Everything about time stamping, certification, and security can work. For example, there is the KYC (Know Your Customer) principle in banks: you have to know your customers and gather enough information about them to be able to validate the fact that your identity has been verified. Previously, banks could use trusted third parties (the Caisse des Dépôts et Consignations for example) to time stamp this information. The blockchain has the ability to perform this timestamp automatically. Banks therefore have a permanent ability to certify this information very simply, and thus save time and money. It is a task that is already operational.

Another important example is the traceability in the world of logistics, which corresponds to the activity of my company (the application Ownest). For each product, we are able to create an identifier, a unique digital tracker, and we transfer responsibility throughout the supply chain. For example, let’s take a warehouse, a carrier and a store. The warehouse has an iPhone X, when he physically transfers it to the carrier, it will be possible to leave a trace on the blockchain because he takes responsibility for the phone. It is therefore possible to completely trace the chain of responsibility. This use is simple, already in place, but revolutionizes the world of logistics and supply chain. Large retailers and manufacturers have already adopted this technology today (Carrefour, Renault, …).

What will be the impact of the blockchain on our daily life? Will it be transparent or will we realize that we are using it?

Today, when you make an online purchase, you go through an SSL protocol. Most people do not know it. In the same way, tomorrow, there will be thousands of applications that use the blockchain without you realizing it. Most users do not want to know how these applications work, they just want to know that their use is secure and trustworthy. In the case of Ownest, the driver does not want or need to be told what the blockchain is. He knows just when he takes responsibility for the product, and that’s part of his job. Another example is that there is currently a cryptocurrency dedicated to interbank exchanges. There is a good chance that when you transfer money from your bank to another, a public blockchain has been used without you knowing it. This, however, secures your transaction. The uses of this type will multiply in the next few months, you will use the blockchain, without necessarily knowing it.