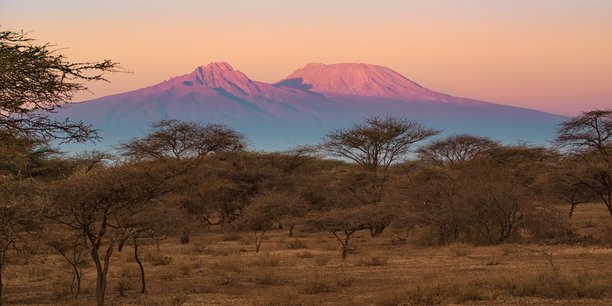 While the biofuel industry is still in its infancy on the African continent, Eco Fuels Kenya has taken a lead in this area. The start-up has focused on the croton nut, the fruit of a tree that grows in large quantities in East Africa. In addition to biofuel, Eco Fuels Kenya also produces animal feed, organic fertilizers, and biomass fuel.
In Africa more than elsewhere, biofuel production poses at least three major problems. In addition to the competition for conventional diesel – which is still cheaper – most players import foreign crops for use as raw materials. As for the use of arable land for biofuel production, in a region of the world where a large part of the population still suffers from malnutrition, it seems paradoxical to say the least.

The start-up Eco Fuels Kenya has found a solution to solve these three issues: the croton nut. This tree of the family Euphorbiaceae is typical of the semi-arid and arid regions of East Africa. It grows in a wild way, the human being having not particularly sought to domesticate it. “The croton is a native tree that grows in large quantities in Kenya and has until now only been used to make fire or coal,” said Cosmas Ochieng, co-founder and director of operations of Eco Fuels Kenya, recently. micro RFI. Thanks to the process developed by the start-up, it is now possible to extract the croton oil which, once distilled, will be transformed into 100% local and renewable biofuel.

In recent months, pressing residues have also been transformed into animal feed – essentially for poultry -, organic fertilizers and briquettes. Nothing is lost, everything is valued.

10,000 farmer-gatherers
At present, Eco Fuels Kenya produces about 16,000 liters of croton oil a week. To reach such a figure, the start-up has relied on a network of 10,000 farmers in the center of the country, who supply it with croton nuts. The precious resource is bought 10 cents per kilo. The interest is such that some villages can provide up to twenty tons per week. In total, Eco Fuels Kenya harvested more than 3,000 tonnes of croton nuts last year. “We explain to the farmers the value of this tree, which drives them to plant and retain those that already exist. In recent years, we have planted nearly a million trees, “said Cosmas Ochieng. This is a welcome initiative, given that Kenya has, at the same time, launched a comprehensive policy to combat deforestation and its impact on soil depletion.

Money raised by farmers is used to improve the daily life, but also sometimes invested, for example in a new irrigation system or a small solar panel. As for biofuel, it is sold locally, thus closing the chain of this virtuous system, both for the economy and for the environment. While coffee prices – Kenya’s leading agricultural export market remain unstable due to strong global competition, croton may well become the new resource for sustainable Kenyan agriculture that respects the environment.