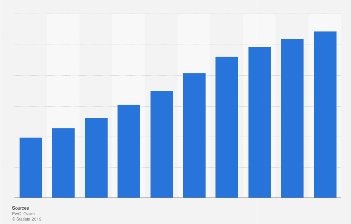 Growth of Online Gaming in Africa

Online gaming has rapidly grown in Africa over the past few years. Mobile gaming has
reached 35 African countries, according to a 2017 study by KPMG. Recent reports show that
the online gaming industry generates $18 billion each year. Renowned sportsbooks like
Betway offer a variety of online games. In this article, we discuss the growth of online
gaming in Africa.

The Gaming Market in Africa

Gaming in Africa started less than three decades ago. The market grew by more than $460
million between 2014 and 2018. Nigeria had the highest expenditure in 2018 as it spent $122
million. Mobile gaming generates close to half of the revenue that the gaming industry gets
annually. More than 200 million Africans are below 35 years and this figure might double in
a decade. Africa has a huge market for gaming and smartphone companies.

The Growth of Mobile Gaming

More than 50 percent of the African population own mobile games. Of these, about 25
percent use smartphones. The mobile payment sector has drastically grown in Africa in the
recent past. Advanced mobile technology enables African to wager at Betway using
smartphones. Some old mobile phone models have simple games. Recent statistics indicate
that 300 million Africans use smartphones and the mobile money market generates $15
billion each year.
Mobile gaming is gaining popularity in remote parts of Africa. For example, more than 290
million people in North Africa use mobile phones. The mobile market in the region generates
$90 billion annually.

Telecommunication technology has evolved in Africa in the recent past. Now, about 30
percent of the African population can access the internet. Besides, some governments have
created a conducive environment for mobile providers to expand their businesses.
Furthermore, more than half of the population is tech-savvy. So, improved internet
connection has made it possible to access various online casinos on your phone from
anywhere.
Web users in Africa can access different sportsbooks remotely. Ghana, DRC Congo, Kenya,
Tanzania, South Africa, Nigeria, Uganda, and Senegal are experiencing rapid growth in
online gaming and sports betting.

Finding a formal job in some parts of Africa isn&#39;t a piece of cake. More than half of the
population in some countries is unemployed. Some governments have resulted in attracting
foreign sportsbooks to invest in their countries and employ the youth. Furthermore,
governments earn hefty taxes from bookmakers. But, some people engage in betting to
improve their livelihoods.
Africa has many foreign and local bookmakers. Also, more than 40 percent of its population
is made up of people who are less than 35 years old. Most of them lack formal employment
and they seek other means to earn a living. Some African youths wager at Betway to make a
profit. Mobile money has promoted the growth of mobile money in the continent.