Launched in 2015, TEEP is the largest African philanthropic initiative dedicated to entrepreneurship. TEEP represents a ten-year, $ 100 million commitment to identify and support 10,000 African entrepreneurs, create one million jobs and inject ten billion dollars of income into the African economy.

As soon as registrations opened, more than 45,000 entrepreneurs from 54 African countries presented their projects, doubling the number of applications received in 2015. The successful applicants represent various industries, the most important of which are agriculture and ICT.

This year, the largest number of applicants came from Nigeria, Kenya, Uganda, Ghana and South Africa. All five regions of Africa are nevertheless represented: North, East, South, Center and West. Over the next nine months, the 2016 cohort will receive intensive online training, networking and mentorship that will provide them with the toolbox for the success and sustainability of their project. They will also participate in the Elumelu Entrepreneurship Forum, the largest annual meeting of African entrepreneurial talent that will span three days. 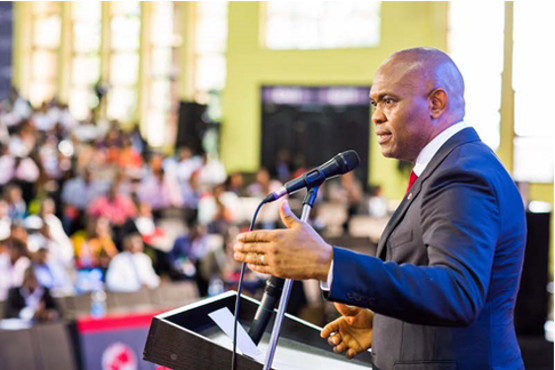 Founder Tony O. Elumelu said: “In the first year of TEEP, we spent more than $ 8 million on our $ 100 million commitment over ten years; five million going directly to entrepreneurs as seed capital, the results far exceeding our expectations. We have funded entrepreneurs, established networks and helped extraordinary people take control of their destiny. The Tony Elumelu Entrepreneurs session 2016 will become a generation of accomplished businessmen, the clearest proof that the growth of local businesses is the engine of economic and social transformation in Africa. ”

Ms. Parminder Vir OBE, Director of the Tony Elumelu Foundation, for her part, underlined: “The first cycle of TEEP 2015 was a phenomenal success. We recorded success stories of participants in TEEP 2015, which testifies to the transformative force of the program that we created. TEEP has finished proving its worth, demonstrating that the ideas of the next generation of entrepreneurs can change their communities, countries and continents. ”

About the Tony Elumelu Foundation

The Tony Elumelu Foundation is a philanthropic organization based in Africa and funded by African funds. Founded in 2010, TEF is committed to stimulating Africa’s economic growth by supporting African entrepreneurship. The foundation aims to create lasting solutions that positively contribute to the social and economic transformation of Africa. Through high-impact investments, selective allocation of donations, and support for the development of public policies, the Foundation wishes to influence the economic environment so that entrepreneurship in Africa can flourish.

The Tony Elumelu Foundation’s Entrepreneurship Program represents a decade-long commitment to support African start-ups and entrepreneurs. We are committing $ 100 million to help launch a first phase of 10,000 entrepreneurs across Africa over the next ten years, creating 1,000,000 new jobs that contribute $ 10 billion in revenue across the Africa.