At its own pace, Africa is gradually recovering its backwardness in high-tech innovation.

Imagine living far from everything in a remote village on an isolated island of Lake Victoria – the largest in Africa. Imagine that you need medicine to treat you but that bringing this treatment to you requires many hours and is not always possible. What are you doing? Expect? Needless, an autonomous drone could deliver the treatment in forty minutes and leave by taking your samples for analysis quickly. You think it’s science fiction, and no, Zipline, a promising start-up, is already operating this system in Rwanda.

Now imagine that you are the resident of a village in Eastern Morocco, that you want to order a product from the screen of your living room, powered by solar energy, pay the bill from your mobile phone and get your delivery deposited in front of your door under 24h … A dream? No, thanks to new technologies – and more specifically to artificial intelligence – it will soon be possible.

Would Africa be slowly recovering its backwardness in high-tech innovation? Certainly. But in his way. And at his own pace.

Indeed, this continent is different from other regions of the world by the way it monopolizes and exploits new technologies. On the African soil, the digital revolution is not so much characterized by the Tech on which it is based as by the utility of the solutions it develops. For Jean-Philippe Duval, partner responsible for consulting activities in French-speaking Africa at PwC, “technology opens up new markets, flies over borders, creates jobs, enriches the offer of choice, speeds up purchasing processes and sales force, brings transparency, breaks the usual price policies and shortens wait times. Here, as everywhere else on the planet, high-tech is revolutionizing the way of life of local populations. ” To succeed in its digital transformation is to find a place in the economy of tomorrow!

Problem: Africa suffers from a great concern for connectivity. In fact, it is the least connected region of the world, just behind Asia Pacific and the Middle East. Less than 30% of Africans have access to mobile broadband (compared to 43% in Asia Pacific, the second lowest in the ranking, and 79% in America, top of the list) and only 15% have access to the Internet at home ( against 46% in Asia Pacific and 84% in Europe). But the experts are unanimous: without connectivity, on the one hand, it is very difficult for researchers to develop advanced high-tech solutions, and on the other hand, for the local population, to use these technological innovations in a partially connected remains complicated. In this context, before hoping to be able to build the Tech continent of the future, the priority is to consolidate the basis of this project, which concretely boosts the Internet penetration rate on a continental scale. 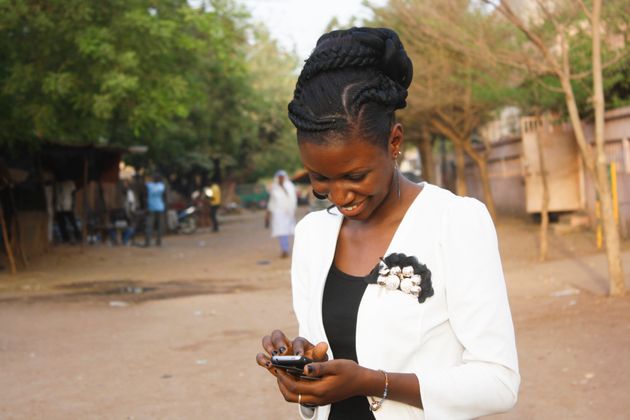 The continent faces another problem: how to finance this transition phase? How to boost connectivity the fastest? In order not to be overtaken by time, locally created funds are developing, often in the form of a tax on telephone operators. The logic of this maneuver is simple: companies such as Orange, Vodafone, MTN, Tigo and Vodacom are investing in the construction of infrastructure to connect disconnected regions to the grid. Once connected, these populations have access to the services of these companies. As often, the first comers are the first served.

Telephone operators and economic players design the development of their network taking into account the issue of profitability in the short or medium term as well as the potential for economic development of each region. The current system is based on the ability to repay customers. However, the volume of investments to be made in certain areas may be too great for them to consider profitability or the possibility of deployment, even in the case of sharing infrastructure costs between several operators.

Indeed, the question of connectivity brings in its wake many related issues such as security, energy, road infrastructure … This sometimes leads operators to give up developing in areas with little or no return on long-term investment.

Faced with this situation, other solutions must be considered. Africa lacks public-private funds to kick-start its digital revolution. But good news: convinced of the great potential represented by this vast market in the digital sector, for several months, major foreign investors have said they want to bet big on this continent: GAFAM (Google, Apple, Facebook, Amazon, Microsoft) .

Facebook, Google and the other digital giants have no doubt: the era when they lived in an environment beyond all regulation will soon be over in the West. In fact, emerging markets in Africa have become target markets for these companies because they are less mature. “They have the free field,” said Bacely Yoroby, Ivorian developer and founder of the first Google network in Abidjan. Jean-Philippe Duval comments: “Web companies know that in 2050, a quarter of the world’s population will live on this continent. Building solid foundations now with the decision-makers of this gigantic market is banking on the future. In a continent where much remains to be built, it is therefore logical that GAFAM advance their pawns. The regulations put in place are more flexible, the labor is cheaper and the competition is less harsh than in the rest of the world “.

To this day, if Amazon, the world’s largest online sales, is still in the observation stage, and Apple is still a little behind, Microsoft is already inescapable in the field institutional: it provides its technology, including office automation, to almost all governments. At the same time, Facebook and Alphabet – Google’s parent company – are vying for incredible initiatives to convince local decision-makers to work with them. What the African economies can not afford, GAFAM give them, such could be the conclusion of the operation seduction set up by the giants of high-tech … A dynamic that convinces some experts and who horrifies d others who denounce the way to operate these sprawling multinationals: exploit local resources by putting in place a system that attracts added value to their own economies.