“Female entrepreneurship in Africa is an example for all women in the world. But it is essential that we accompany these African women by facilitating their access to education and financing, and by developing infrastructure, “said Anne Bioulac, Executive Director of Roland Berger, during the presentation of the Women’s study. Entrepreneurship in Africa: a path to empowerment, presented on September 27 at the WIA forum in Marrakech. These remarks as well as the conclusions of the study have not escaped the African Development Bank (AfDB) or incubator Entreprenarium, based in Gabon, Rwanda and Senegal. As part of its AfWA initiative, the AfDB is partnering with the foundation created in 2014 by Franco-Rwandan Kristine. Ngiriye (whose name means “in the service of his community”, DLNR). Objective: Build the capacity of 1,000 women entrepreneurs on the continent.

Concrete training
Over the next four months, entrepreneurial training sessions and financial management will be conducted by Entreprenarium in five countries, in Côte d’Ivoire (Abidjan) and Gabon (Libreville) for the first session, which started on December 10, 2018, then in Kenya (Nairobi), South Africa (Johannesburg) and Tunisia (Tunis). On the agenda: financial planning, project management, methodology, networking and much more. 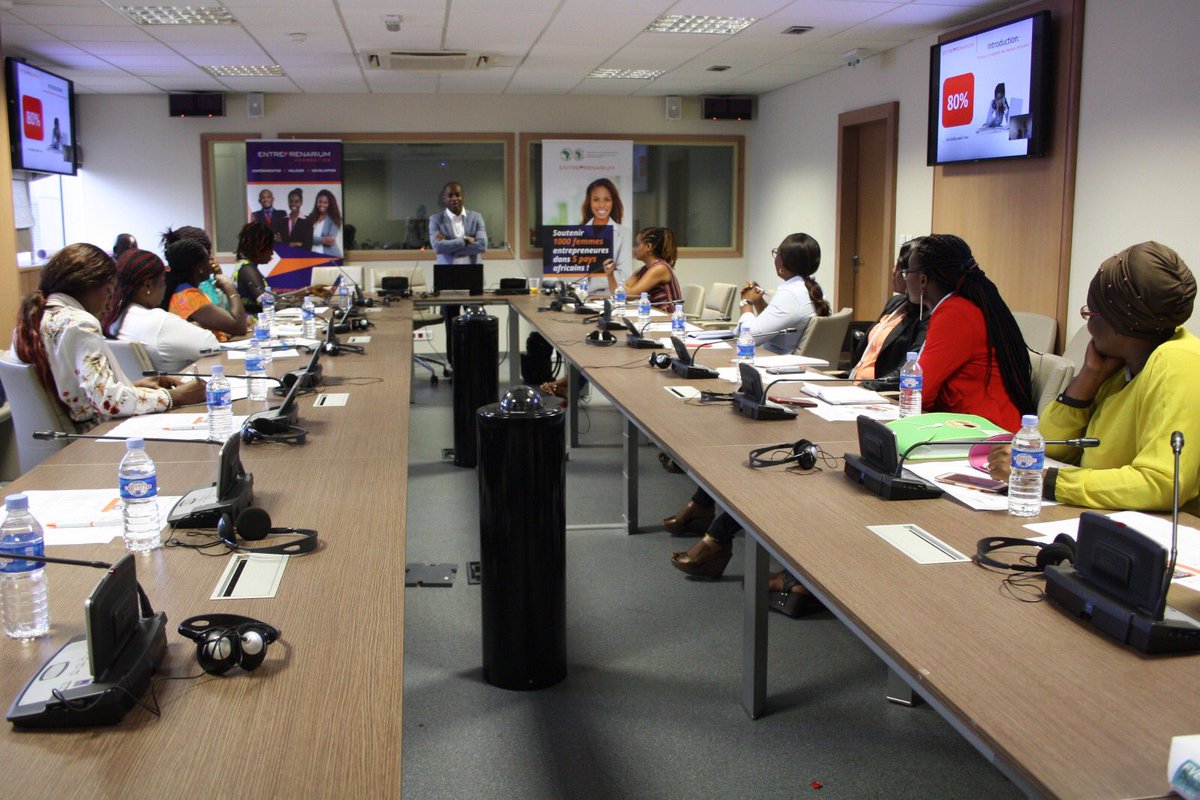 See others Tweets of Entreprenarium

The most promising business projects will be eligible for funding. At the same time, it also aims to strengthen the dialogue on the legislative, policy and regulatory reforms needed to encourage women’s entrepreneurship and women’s economic empowerment. “This initiative fits perfectly with Afawa’s holistic approach to supporting women’s entrepreneurship. In addition, we not only provide women entrepreneurs with the essential knowledge and skills they need to boost their businesses, we also facilitate their access to finance while engaging with governments to create a business environment. which frees up their entrepreneurial capacity, “said Vanessa Moungar, director of gender, women and civil society at the African Development Bank.

Obstacles to lift
The African continent has the highest percentage of women entrepreneurs in the world. According to the 2016-17 Global Entrepreneurship Monitor (GEM) report, the female entrepreneurship rate in sub-Saharan Africa is 25.9% of the adult female population. In addition, women reinvest up to 90% of their income in the education, health and nutrition of their families and communities – compared to 30 to 40% for men – creating a greater impact on the economic and social development of the continent.

Despite the dynamism of women’s entrepreneurship and the crucial role that women entrepreneurs play in Africa’s economic growth, they still face many obstacles and often lack the requisite managerial skills. to access financing, whether at the creation stage or the development stage of their activities. While African SMEs are the cornerstone of inclusive development on the continent, women remain the most affected by the funding gap, estimated at $ 42 billion for all value chains, including $ 15.6 billion dollars for the agriculture sector alone.