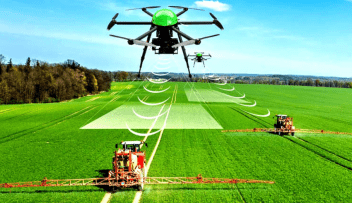 Kenya and Nigeria at the forefront of agro-technology in Africa

The AgTech sector, the new technologies serving agriculture, is booming on the African continent. The number of startups has increased by 110% in the last two years and over $ 19 million has been invested over this period. Today, some 82 agro-technology startups operate in 16 African countries.

If startups are present on this theme in 2010, they really took off in 2016 and 2017 with the launch of 42 new startups. Kenya has been a pioneer in AgTech and remains the main market, but West Africa is becoming increasingly important, with Nigeria in second place followed by Ghana. According to the study by Disrupt Africa, these three countries represent more than 60% of agro-technological start-ups active in Africa.

“Behind the scenes, there has recently been a tremendous acceleration in the agri-technology market, and it’s one of the most interesting spaces to look at in Africa today,” said co-founder Gabriella Mulligan. from Disrupt Africa.

“Everyone knows how important agriculture is in Africa, but until recently, it was relatively untouched by technology innovators, who are changing suddenly as entrepreneurs and investors realize the magnitude of the challenges they face. farmers, “said Tom Jackson, also a co-founder of Disrupt Africa.

Startups are particularly involved in e-commerce for nearly 33% of them, but also in platforms for sharing information and knowledge while a significant number of entrepreneurs focus on providing FinTech solutions for farmers.