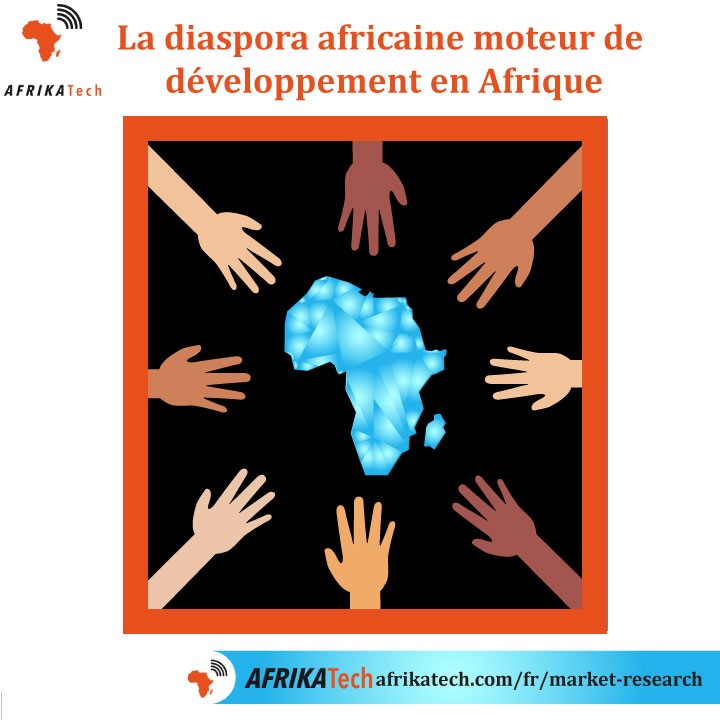 The African diaspora, the engine of development, provides a lot of resources for Africa. Studies reveal all their importance and their weight in the economic situation of Africa. What makes that we will pass from contribution of the diaspora to the diaspora in the development strategies of the States.

A development strategy based on funding from the diaspora?

As time goes by, we realize the urgency of developing a certain “regulation” of the economic activity that the diaspora generates. Indeed, it is said that African states should develop measures to help “capture” funding from Africans abroad. Thus, it would be important and interesting to set up an office or any other administration representing the countries of origin in the host countries. Their role would be to capture the attention of the diaspora by presenting profitable projects, projects that are part of state priorities. Precisely, today there are organizations and companies that can provide market research to allow members of the diaspora to start a project in Africa.

Therefore, if the 65 billion dollars identified in 2017 as the contribution of the African diasporas, are directed towards promising and priority sectors, the sustainable development of Africa could only follow.

The diaspora: means of knowledge and technology transfer

Europe’s academic and professional environment differs from Africa. It is during meetings of the African diasporas that we realize the richness and diversity that these resources constitute for Africa. Africa in terms of its training and education advocates versatility. An intention to greet. However, in Europe for example, the concept of specialization is more developed. This facilitates professional integration. So not only would these expatriates be resources because the state would not have invested in their training, but they would also be good resources because of the quality and operational nature of the training they have undergone. These resources can in turn easily be undertaken based on relevant studies already carried out or even benefit from entrepreneurship assistance.

It is not necessarily a question of bringing back all the expatriates but only of setting up a kind of channel which would facilitate a communication and therefore the maintenance of the link which binds them to Africa. But also, with digital can be, facilitate the transfer of knowledge.

Through the engagement of expatriate African academics in higher education in Africa, Abdoulaye Gueye is interested in the transfer of knowledge of expatriate African academics. He says: “For more than a decade, the engagement of African diaspora academics in higher education has received increased attention in the social sciences.” more than 70% of Africans would favor training in social sciences. Is it a coincidence? Does this mean that if this commitment were to be converted into technology, with the help of webinars, online coaching among others, there would be a game-changer? A change possible today in the case of a business creation with an ease of legal actions to be carried out as well as market studies already done. And who says skills transfer directly says job creation, creation of economic activity and indirectly eradication of poverty and fight against banditry. The diaspora is today a new hope for Africa.

Diaspora and development of Africa: A contribution called to improve, Africa expansion