Sobel Aziz Ngom is for many young Senegalese and not so young, the typical example of the social entrepreneur. Dynamic, always available, Sobel approaches all questions with a smile and a posture that inspires respect. Reussirbusiness.com met him just before the launch of season II of his program “Voix Des Jeunes” (VDJ) which hit the big screen last year. It seems distant, the time when Sobel, best debater of the year 2011 during the “Debate” competition, represented Senegal at the Africa Youth Summit, in 2012, or at the United Nations World Youth Policy Forum, in 2014. His commitment He even won a scholarship from the first edition of President Obama’s Yali program, Young African Leaders Initiative, when he was only 23 years old. And it was the same year that he had the honor of being cited as a reference not once but twice by US President Barack Obama. Upon his return, Sobel materialized an idea that had been on his mind for a while and created the Social Change Factory civic leadership center. This is how the Voix Des Jeunes program was born.

Introduce us to Voix Des Jeunes (VDJ). What is behind this show?

Voices of Youth is a television program that highlights 32 effective and tailored solutions that have been successful in solving key socio-economic problems in various parts of the country and in Africa. In addition to promoting these solutions, VDJ asks its participants to propose simple and relevant replication schemes, in order to help viewers wishing to do so, to import and implement these solutions in their own localities. The program has the triple virtue of inculcating new methods of research and creating impact with students, of giving new and strong relief to relevant solutions that are little or not known and of informing a large number of citizens about the possibilities open to them in their quest for better living and working conditions.

A successful first according to the critics, at your level, do you share this same observation?

“Voix des Jeunes” was launched in April 2015 for the first time on the 2stv channel and has positioned itself in less than a year as the most credible and constructive television program for the young target audience in Senegal. The first class had 52 brilliant young students from 16 private and public universities. It is a project that cost one hundred and twenty million (120,000,000 FCFA). Last year we had three partners the Total Foundation, Osiwa and the American Embassy. The evaluation of the program was carried out by an independent firm with the participants and it showed really positive results. 47 out of 52 participants felt that the program had significantly changed their state of mind and sense of responsibility. We got hundreds of viewer feedback on our Facebook page. Our show went into Prime Time after the news at 9 p.m. on 2stv for the three months (03 months) of its 1st season. A large number of participants from last year told us that they were involved in entrepreneurial or associative fronts and who tell us that the “Voices of Youth” experience literally “changed their lives”, their way. to see, think and apprehend things. And that’s the real purpose of the program. But it must also be said that we have received very good reviews which will really help us to improve this year.

You are only talking about private partners but what about public authorities. Did you receive their support?

To a certain extent yes. The Minister of Higher Education (editor’s note: Mary Teuw Niane surprised us to be present on the day of the final. He even criticized us for not having associated him and that he was really interested in the concept .He wanted to participate in 2016. We received calls and emails of encouragement from several personalities in the country, to tell you that we had good feedback in general. But to be quite frank, we were nevertheless disappointed by the lack of real support from public authorities and institutions. 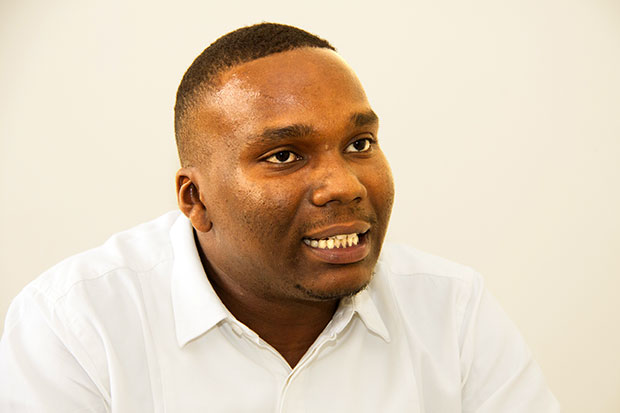 What is the objective of Social Change Factory in three (3) years with the Voix des Jeunes program?

The first objective in 3 months, “Voices of Youth” will settle in Côte d’Ivoire and Guinea in addition to Senegal. Our ambition is that in five years “Voix des Jeunes” will be the largest program for the promotion of responsible youth engagement in French-speaking Africa. I have around me a team of 08 gladiator (s) full of conviction and who are determined to lead this mission to the best and to the end. I think that if we do things right we can mobilize a much wider audience. In the medium term, we are targeting all of French-speaking Africa. And that’s our challenge today. We are looking for this, fairly solid partners who are really committed not to promote their logo or product only but by what they really believe in it.

In the longer term, what is the challenge of Social Change Factory?

We have several challenges. We are working on pilot programs to gradually institute an active and compulsory citizen service in educational establishments. We are convinced that this civic training will promote positive social transformations. We also wish to conduct pleas to reform the laws governing associations in order to give them more autonomy in their development. Because after all, they are the first group of individuals to carry out entrepreneurial actions, so it could create even more value and jobs. But the biggest challenge, sadly, remains independence and financial sustainability.

When will Voix des Jeunes season2?

The launch of season II “Voices of Youth” will take place this April 1 at the Dome of the Sea Plaza at 3.30 pm. We are working to make this season much better than the previous one. A lot of novelty, both in content and in form, awaits viewers. Last year was a bit of a pilot year for us. We learned from our mistakes, our ambitions have grown, and we intend to improve on all fronts. You will be pleased to discover all these changes from our first broadcast next June.

Like I said, there is a serious need for support. Last year, we had three large donors with donations ranging from 25 to 50 million francs. This year we start with exactly fifty-six million (56,000,000 f). So, we are missing about seventy (70) for the Senegal edition. We will do whatever it takes to mobilize them to keep the torch lit. We have a slogan with my team: “We don’t need to be god to change the world, being a gladiator is enough”. We will not abandon this project. . But hey, it is a constraint of the associative world in Senegal. Associations are asked to create useful and impactful activities, and at the same time this same system restricts them from the freedom to secure their own viability. So, even if you produce extraordinary work, its impact will not be effective until the project has been funded or not by donors. We have to depend on the generosity of donors and companies and this is a serious constraint. But these are the knots that entrepreneurs must learn to untie and then be able to transform systems. So while waiting, even slowly, we go on and on.