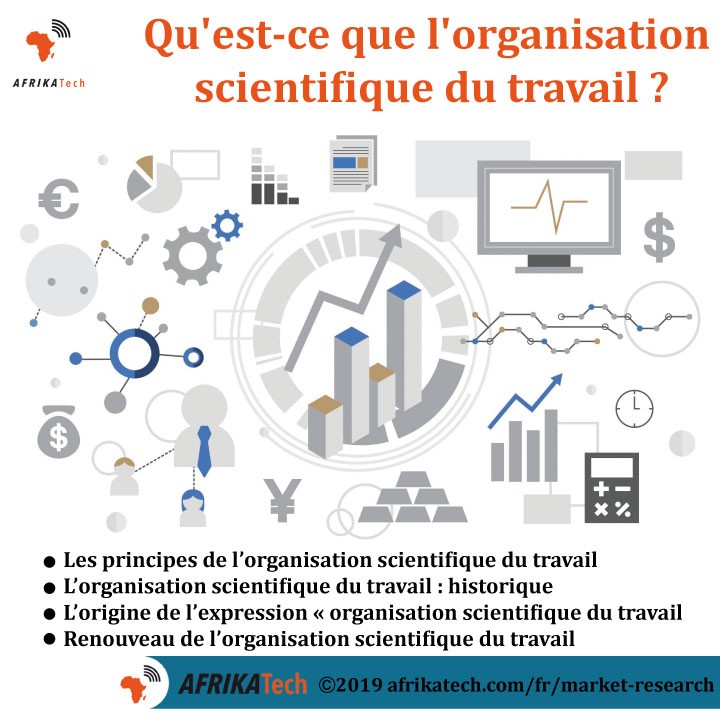 What is the scientific organization of work?

Method existing since the 14th century, the scientific organization of work (OST) was theorized at the end of the 19th century. Over time, the initial principles of the scientific organization of work have evolved. Among the various personalities who contributed to the development of the OST, Frederick Winslow Taylor, associated with Taylorism, and Henry Ford, the origin of Fordism, stood out in the United States.

What are the principles of the scientific organization of work?
The objective of the OST is to divide work into numerous tasks, each employee having to perform a single task on a daily basis. Whether workers or employees, they are no longer required to think or think. On the contrary, their only mission is to perform repetitive tasks throughout the day.

In addition, they must respect a certain rate of productivity to allow the company in which they operate to generate profits. Indeed, each task entrusted to workers and employees must be completed within a time limit set by the management of the company. This was previously calculated as accurately as possible. The goal of this practice? Eliminate any waste of time and achieve maximum profitability.

Thinking and designing are now reserved for business leaders. The workshops become places in which thought no longer has a place, only production matters. This new form of work organization based on scientific reasoning.

The scientific organization of work: history
The arsenal of Venice, specialized in shipbuilding, set up, from the 14th century, an organization based on chain work associated with the appearance of teams of workers specialized in the production of specific ships.

As for Frédéric Japy, an industrialist from the 18th century, working in the watchmaking sector, he imposed, within his company, the use of the machine tool, a mechanized production system. By doing so, Frédéric Japy introduced the concept of mass production. In addition, since workers are now working with machines, entrepreneurs are no longer obliged to recruit skilled workers to carry out this or that task.

Eli Whitney, an American mechanic and industrialist who created various machines, was one of the first people to understand that the trend in the 19th century was for the excessive development of mass production.

Frederick Winslow Taylor: at the origin of the expression “scientific organization of work”
According to Taylor, the way businesses operated in the 19th century did not allow them to make enough profits. Indeed, the internal organizational model at that time did not help to optimize productivity.

On this basis, Taylor established a new form of work organization, which significantly increased productivity. This new organization is based on the following foundations:

New distribution of tasks: employees are in charge of production and management ensures the organization and definition of tasks

Towards a renewal of the scientific organization of work?

Faced with a change in consumer behavior and habits, Taylorism is today a method that can no longer be applied within companies. The scientific organization of work does not meet the quality requirements prevailing today.

During the 20th century, toyotism appeared. Initiated by Taiichi Ōno, the “just-in-time” (JAT) principle is based on the introduction of productivity harmonization within the enterprise. Imposing frenzied rates when certain positions are unable to absorb a possible work overload is counterproductive.

In recent years, new forms of work organization have emerged to respond to the new issues facing businesses. Nevertheless, certain sectors of activity still rely on Taylorism. To achieve sustainable development, Africa must define its own model of scientific work organization, with the aim of taking into account its own characteristics.