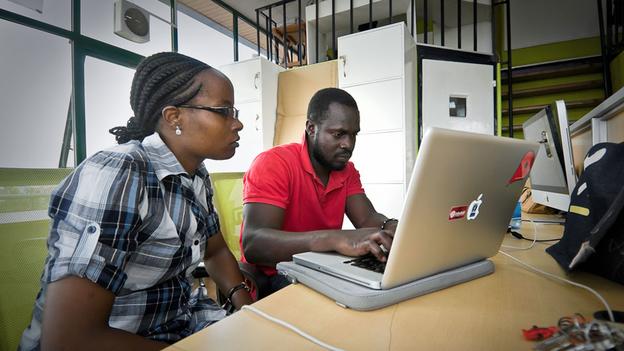 Amadou Arona Sy, a member of the Dakar Open Campus Steering Committee, invited Senegalese young entrepreneurs on Friday to seize the opportunities offered by the Massachusetts Institute of Technology (MIT), which launched an award for African startups .

This is for Mr. Sy ” to turn the tide, because until then, the MIT was more interested in English-speaking Africa ”. He presented the African initiatives of MIT which puts 700 million CFA francs at the disposal of entrepreneurs and startups in Africa.
Senegalese entrepreneurs can apply for this price, which will be closed on June 1st. The results will be known in October 2018.
According to Amadou Arona Sy, MIT, the world leader in innovation, especially in science and technology, supports education and entrepreneurship in Africa through this award.
Among the required criteria, candidates are asked for ” growth potential ”, ” an impact on the ecosystem ” and ” leadership qualities ”.
The challenges that have been asked revolve around the issue of financial inclusion, a theme of a panel debated between young entrepreneurs at the Estel Institute.
Various panelists including Yann Le Beux of the startup ” Yux Dakar ”, Soukeyna Ndiaye Ba of FDEA, former Minister of Decentralization, Abdoul Aziz Sy of ” Impact Dakar ” have identified the constraints and challenges of inclusion which are called ” lack of training and information ”, among others.